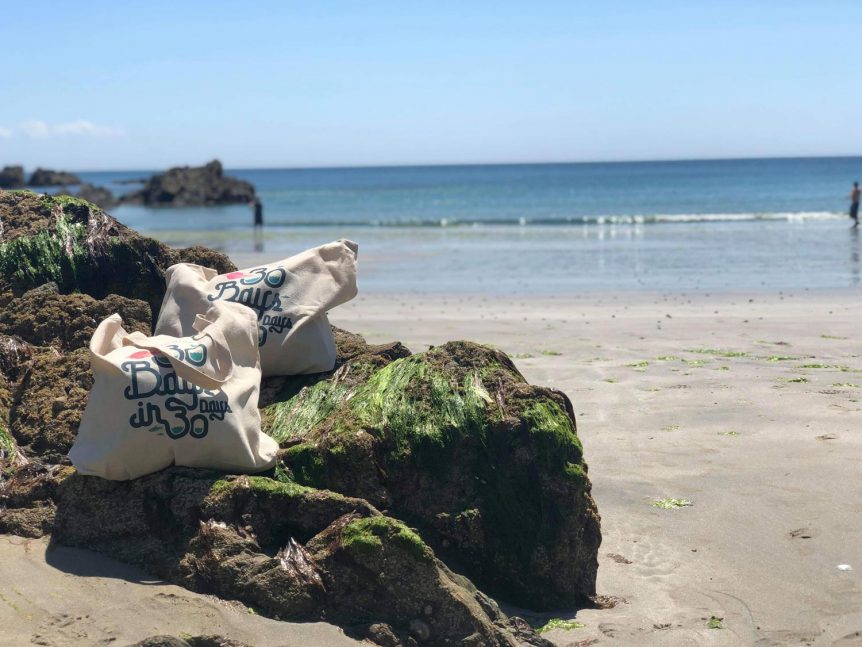 As someone who grew up in a landlocked city, able to count the number of times I’d swum in the ocean on one hand, I’d be lying if I said I wasn’t somewhat sceptical about signing up for 30 Bays in 30 days.

It all started off as a bit of a joke between my colleague and I, with her asking if I wanted to sign up. Before I could think about it I’d somehow said yes; there was no backing out!

The opening group swim at Vazon well and truly set the tone for the month ahead, with hundreds turning out on what was (thankfully) a beautiful evening. Not used to swimming in the ocean, and definitely not ones as cold as Guernsey waters, running in with everyone, seeing kids playing around, friends floating, having a chat, was an amazing way to start it off.

Determined to make each of the bays, Emma and I had spent some time previously trying to best plan what beaches we could get to and when. Limited to morning or lunch-time swims, many of our bays passed in a frantic blur of getting into our costumes, grabbing our towels, driving to the beach, me trying to chicken out, doing our 30 strokes, running out and heading back to the office. 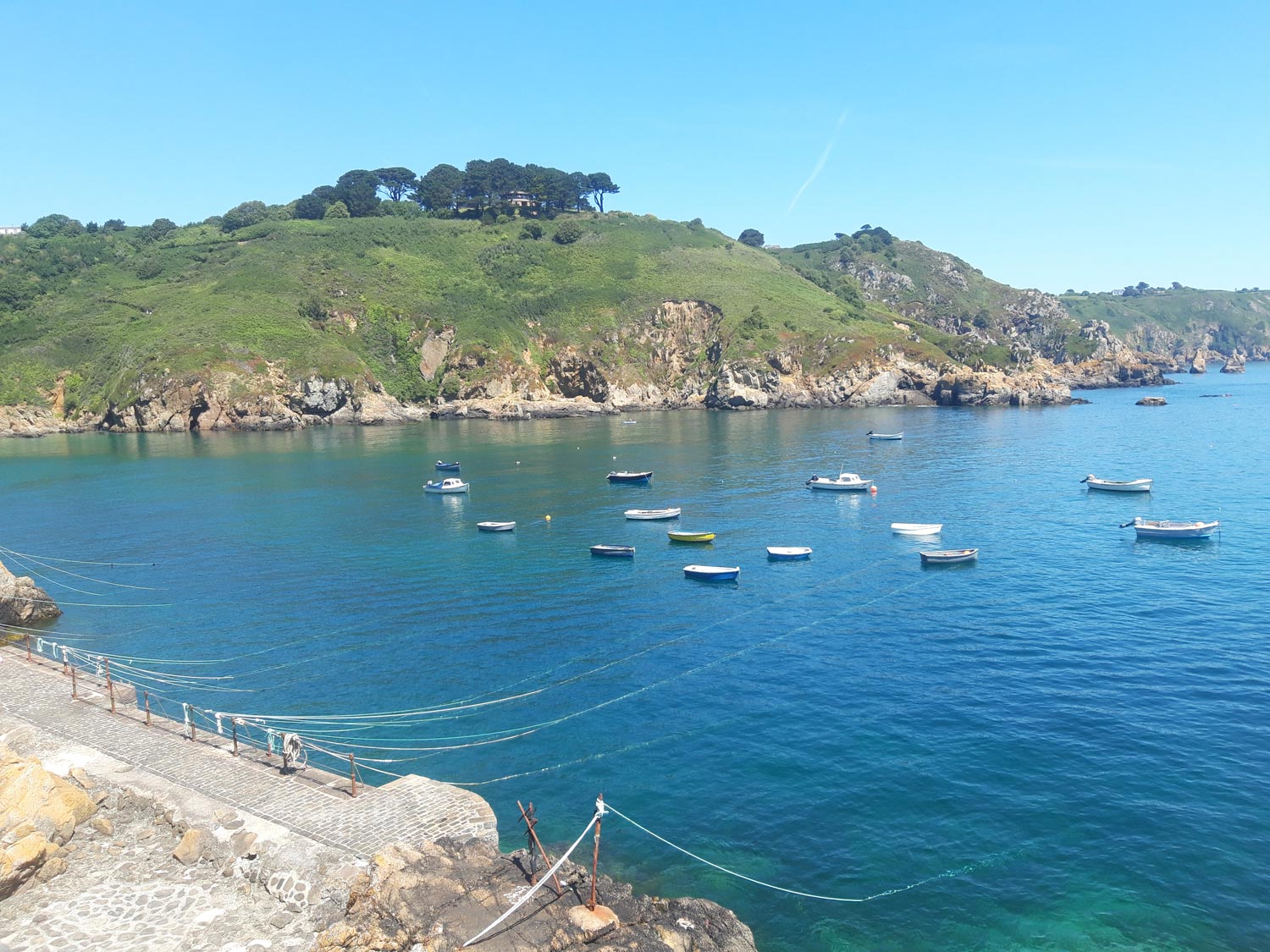 Working in St Martins, we were able to get a few of the South and East coast swims in during our lunch hour, which made for an amazingly refreshing break. Saints Bay has, of course, got to be one of the most memorable lunch-time swims. The crystal clear waters at the end of the little slipway welcomed us cooly, with a handful of boats inviting us to see how far we could swim out. 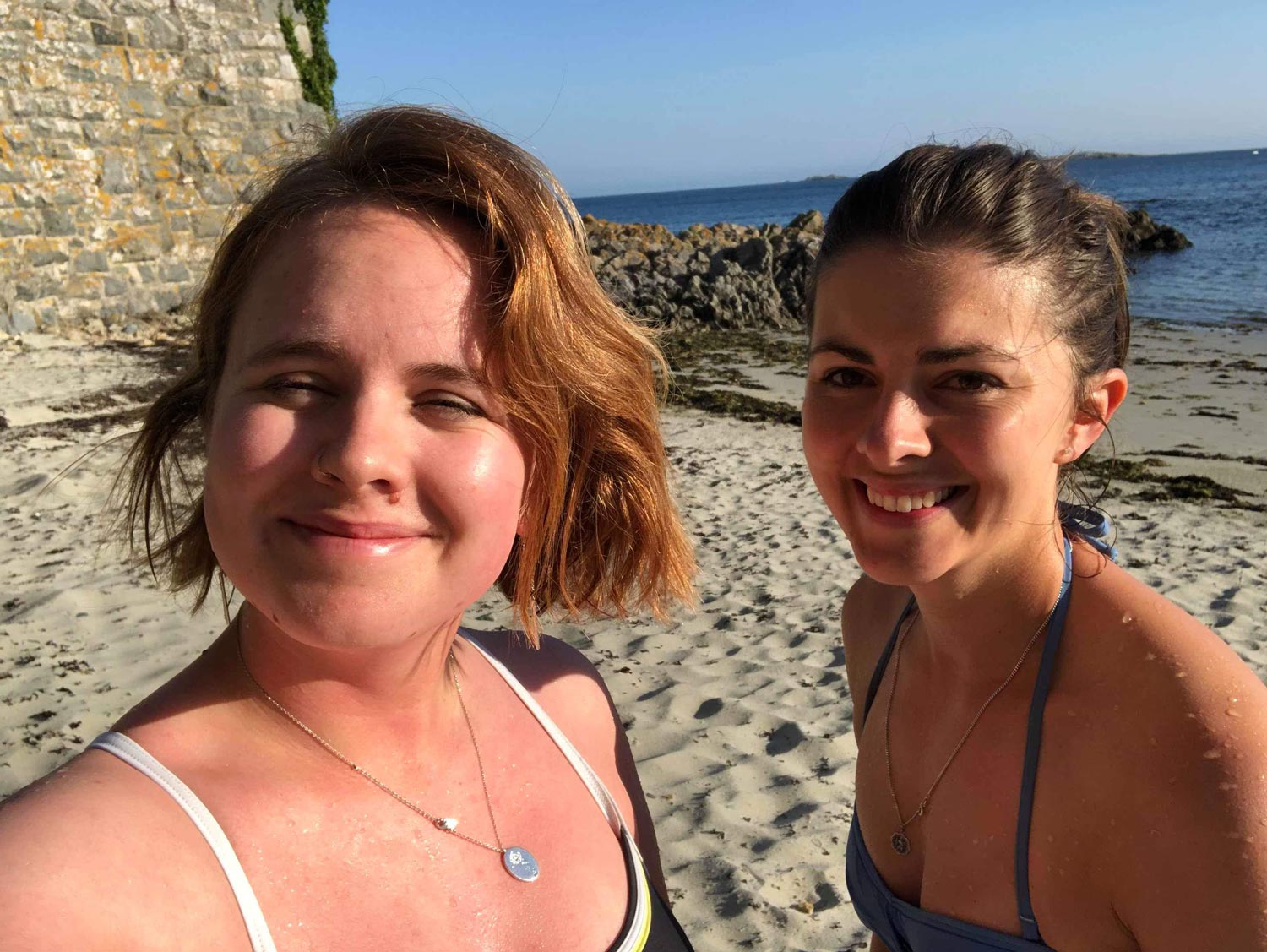 The morning swims were slightly less frantic and had the added bonus of rising with the sun. Our first morning swims, where we ticked off Portelet and Rocquaine, were also a highlight for me. The crystal clear waters at Portelet were just breathtaking (the same could be said for the temperature of the water!). We definitely did more than the required 30 strokes here as we both took our time, marvelling at how beautiful it was. As a morning person, those early swims were probably my favourite time to swim. With the sun just having passed the horizon and only the odd few people around, it was great to have some of our beautiful beaches all to ourselves. The cool waters were lovely and refreshing (once you’d got over the initial chill) and there was no denying how energised and ready we felt for the day. I quickly came to understand why ocean swimming is said to be so good for mental health! 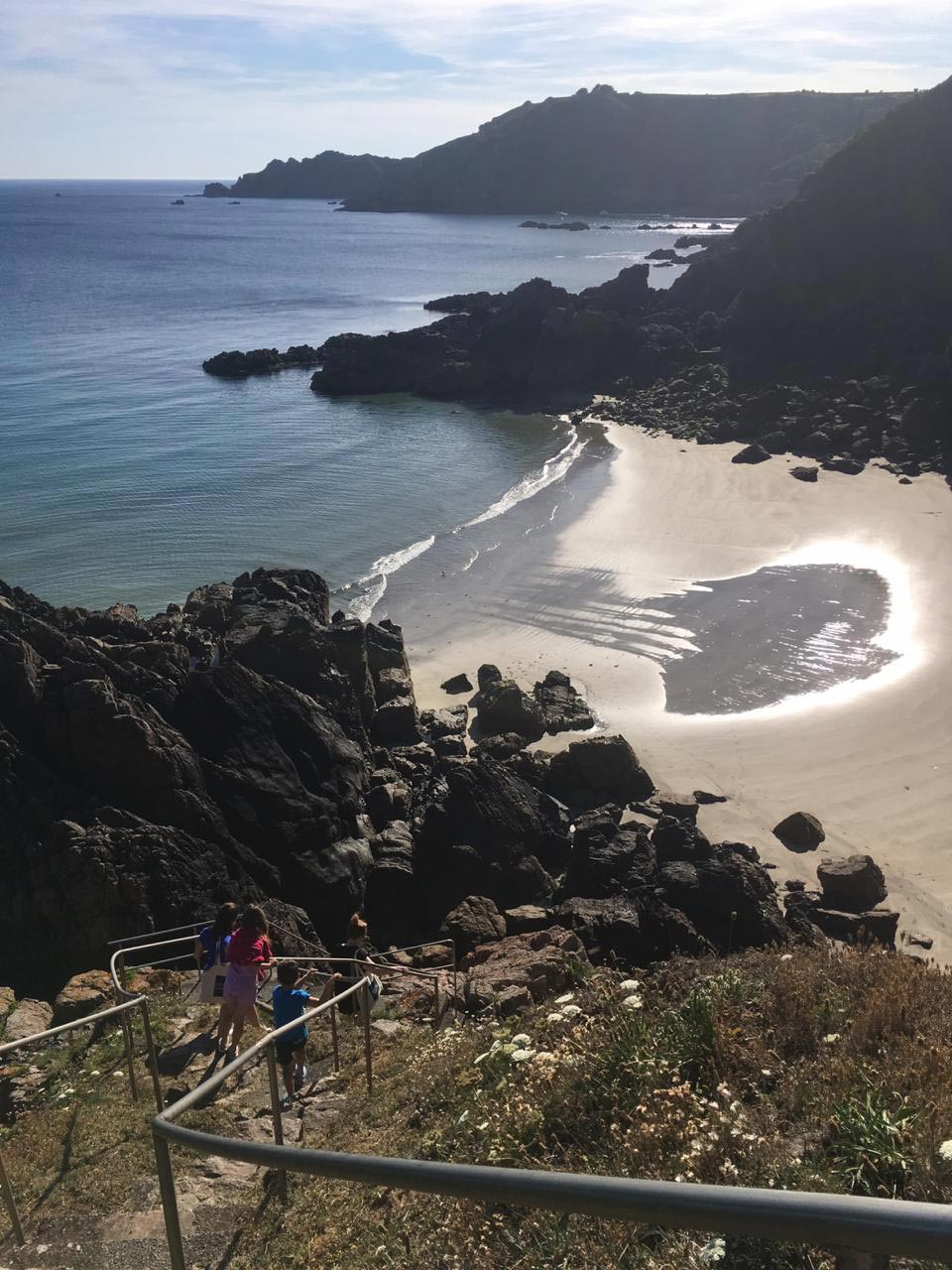 Bay by bay, we slowly ticked our swims off the list. Although some people completed all 30 in one day, the best we managed in one day was eight. Throughout the month we saw some spectacular beaches, sunrises and sunny afternoons. Towards the end of the month, with time running out, I decided to head to Herm to get another three swims done in one day. With many taking advantage of the warm weather we were lucky enough to have that month, the beaches were filled with families, kayaks, paddleboards and all shapes and sizes of inflatable rafts. It was such an idyllic scene that I even managed to convince my boyfriend to join me in the water at Belvoir - his first swim since we’d moved to Guernsey. 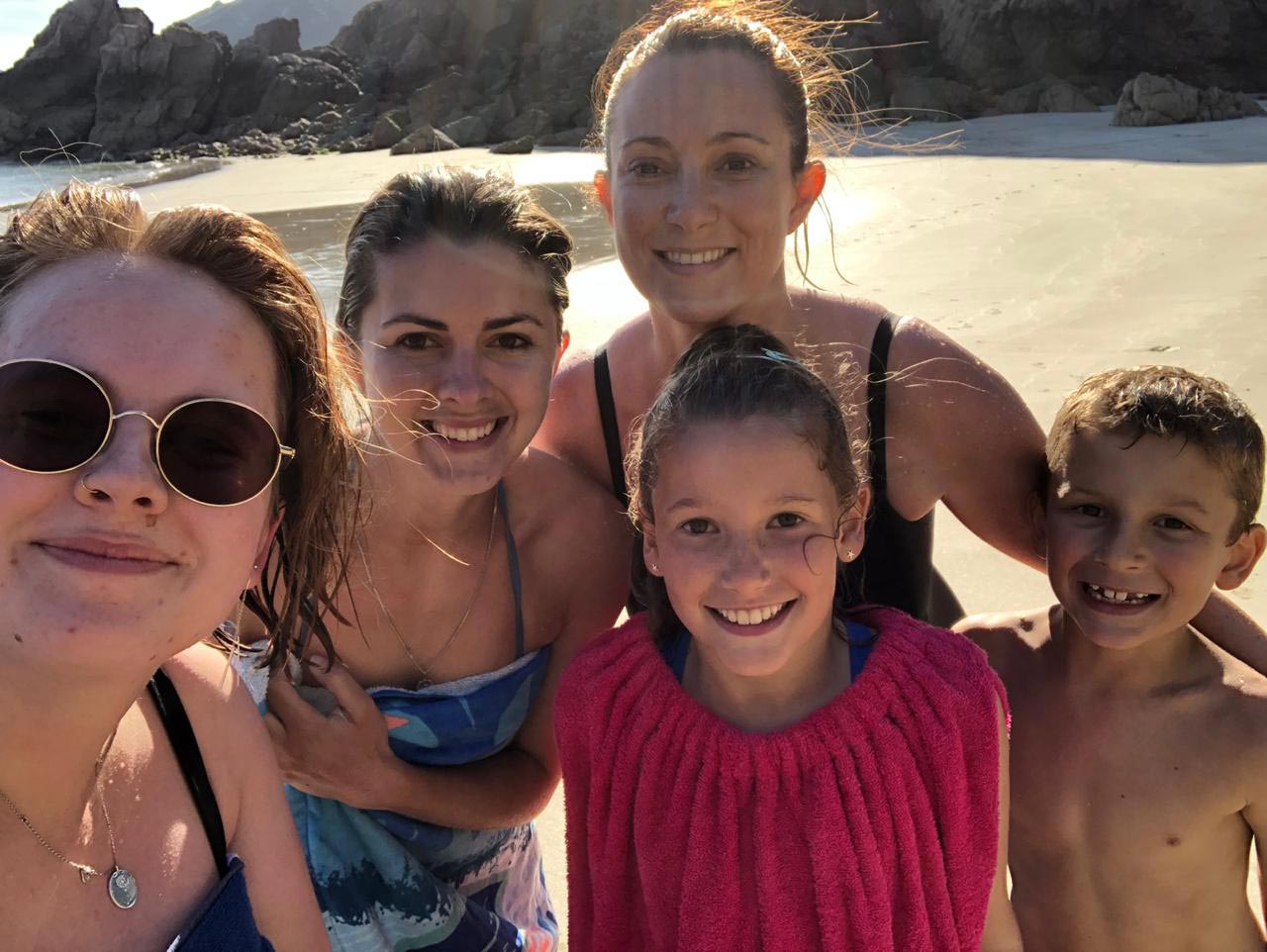 As the end of July arrived, the weather took a turn for the worse. Strong winds caused the final group swim to be delayed, but it didn’t stop us. A large crowd gathered under grey skies and, wrapped in towels, waited for the horn to signal the final swim. When the time came, just like on the first swim, we all ran into the water. Walking out, I was slightly sad to see the swims come to an end, but incredibly glad I’d done them. The event was an amazing way to discover new parts Guernsey, get out and get swimming. Would I do it again? Without a doubt 🙂